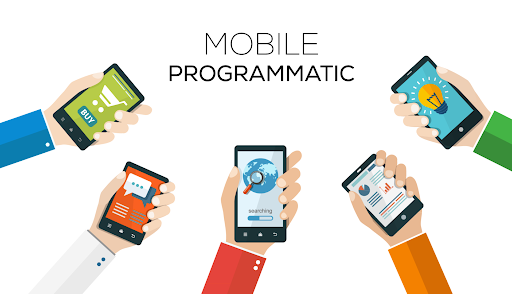 The way ads are bought and sold, both online and on mobile, has entirely changed thanks to programmatic ad buying. There are a variety of explanations for the drastic shifts, some of which I will discuss below in this article.

Programmatic ad buying has a slew of advantages and is rapidly changing the mobile advertising environment.

A deep look into Programmatic Advertising:

Buying and managing media used to be very different before the introduction of programmatic buying. Businesses would work directly with publishers to place ads, or they would place ads through exchanges. Both of these approaches had disadvantages. If an advertiser placed ads directly with a publisher, both the publisher and the advertiser would spend time negotiating the terms of the transaction, passing off creative, setting up, and so on. The advertising were marked-up if they were placed through an exchange (so the exchange could make a profit). Things were more inefficient than they needed to be in the first situation, and more expensive than they needed to be in the second.

Real-time bidding is the foundation of programmatic ad buying. Instead of handling advertising agreements directly, there are now exchanges that buy and sell ad space from publishers, which is then bid on in real-time. Programmatic buying eliminates the need for someone to manually bid on ad space and instead leaves that obligation in the hands of an algorithm. This algorithm is then fed information from the ad buyer regarding where the ads should be placed, how much they should cost, when they should be shown, and even how often they should be shown, among other things.

Purchasing ads through a programmatic system is less expensive:

The time saved by delegating ad placement to an algorithm has clear labor cost advantages, but it isn’t the only gain. Because advertising space is sold on an open market, with buying done per impression, supply and demand are permitted to determine the ad’s price. Furthermore, demand-side platforms enable firms to place advertising with precise budgets and objectives. A far bigger return can be gained with a much smaller investment when adequate effort is put into actually defining the parameters of the advertising campaign.

However, when programmatic ad buying is combined with real-time bidding, it is possible to target specific users. You can choose to target specific types of users based on their attributes. If you know who your consumers are (or who you want to target), programmatic ad buying combined with real-time bidding allows you to reach them directly and efficiently. Advertisers get a great deal of power as a result of this. And the entire process of buying and displaying mobile ads on a per-user basis is just more efficient with minimal human participation.

Publishers were slow to implement programmatic ad buying at first. They were concerned that the open market strategy would depreciate the value of the advertising space they had available. Publishers, on the other hand, have begun to come around as programmatic mobile advertising has grown in popularity. For one thing, it saves them the trouble of having to fill their own ad space. They’ve also learned that they can manage the price of their advertising space and get the financial worth they want for it.

What Eric Bosco, CEO of ChoiceStream said, via Forbes:

The allure of digital advertising has long been its inherent one-to-one nature. However, until recently we have only realized one-to-one metrics – who clicked on an ad and who converted…

There will be several winners who profit from this seismic shift in digital advertising. The first set includes developers of the two distinct components of programmatic buying: Real-Time Bidding and Continual Optimization. The second set of winners will be publishers whose premium content and premium audiences will be bid up as more programmatic buyers enter the market. The third set of winners will be the marketers who acquire internal expertise and develop the partnerships necessary to operate in the evolving ad ecosystem.